[UPDATED] Are slow lorises really venomous? (Yes they are. And poisonous too!)

I passionately plea that you do not purchase or keep slow lorises as pets. Slow lorises do not make good pets and the pet trade that brought these lorises to you are cruel and unsustainable. Please read this post on why we need to not support slow loris pet trade. 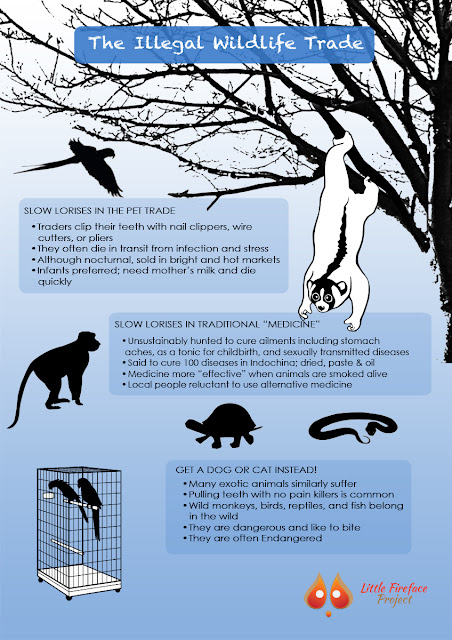 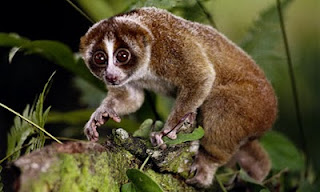 Slow loris by Frans Lanting. Photo from The Guardian.

I must say, the idea of venomous primates never crossed my mind. While venomous species do exist in mammals, it is much more common in insects, reptiles and fishes. In primates, slow lorises (genus Nycticebus) are thought to be venomous in Thai folklore (Wilde, 1972) but are they really? 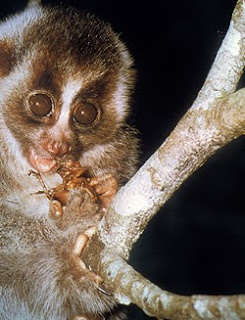 Slow lorises are arboreal primates that move quadrupedally between branches. They are nocturnal and omnivorous, feeding on plant matter and insects. Slow lorises sleep during the day, curled up like a ball in hidden parts of trees above ground. Their predators include pythons (Python reticulatus), hawk-eagles (Spizaetus cirrhatus) and orangutans (Pongo pygmaeus). Slow lorises have a relatively low metabolism compared to similar-sized mammals (Gron, 2009). Sunda slow loris (Nycticebus coucang). Photo from Primate Info Net. 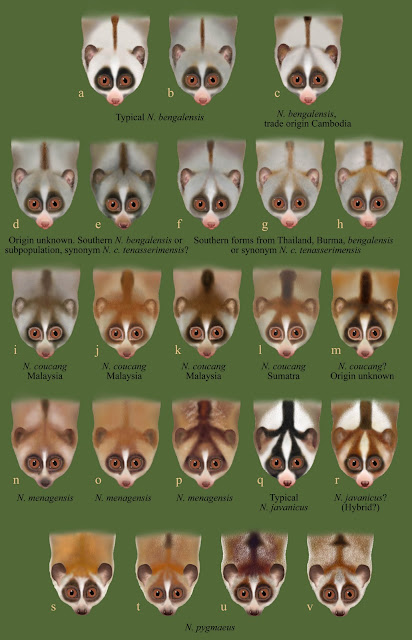 Colors and markings in Nycticebus species and subspecies. Illustration from Loris Conservation.

Venomous vs. Poisonous
Although the words "venomous" and "poisonous" are used interchangeably in everyday speech, they are actually fundamentally different. By definition, venom has to be injected into the body, introduced by a bite or a sting. Poison, on the other hand, is ingested or inhaled  into the body by the victim. Thus, venomous and poisonous animals are altogether different.

The blue dart frog (Dendrobates azureus) is a poisonous animal while the Indian cobra (Naja naja) is a venomous animal. 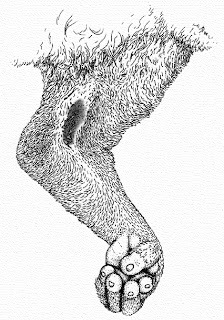 Brachial gland exudate and Fel d 1
The brachial gland produces exudate with an allergen that is similar to the Fel d 1 cat allergen (Hagey et al., 2006; Krane et al., 2003). This brachial gland exudate shares a high degree of similarity in sequence, as well as unusual disulfide-bridged heterodimeric structure similar with Fel d 1. Fel d 1 is an allergen found mostly in saliva and the sebaceous glands (glands found inside the skin) of domestic cats, Felis catus. Humans with a cat allergy are allergic to five known allergen produced by domestic cats, Fel d 1 being one of them. However, the biological function of Fel d 1 is still currently unknown (Grönlund et al., 2010). 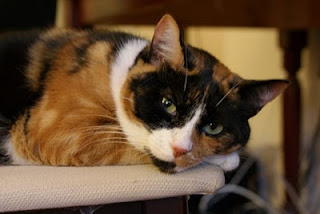 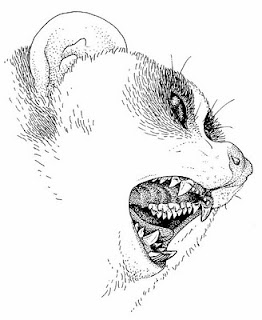 Slow lorises have needle-like teeth called dental combs or tooth combs on their lower jaw. Paired with the constant licking of the brachial gland, it is not surprising that one would assume the dental comb plays a part in injecting brachial gland exudate into unsuspecting victims (Hagey et al., 2006). However, this is not the case.

Used for grooming, dental combs might look menacing to some but their function is less sinister than one might conjure up. A bite from a slow loris is painful due to their sharp pointed teeth. Illustration of slow loris teeth from Loris Conservation. The dental comb is on the lower jaw, shape like a spade.

Wilde (1972) reports that the victim of a slow loris bite immediately succumbs to anaphylactic shock (extreme allergic reaction) followed by hematuria. In spite of that, the victim fully recovered. There is no clinical evidence of toxic substances in slow loris saliva to support the notion that they are venomous (Wilde, 1972).

Another incident involves a 34 year-old woman who is 19 weeks pregnant. She was bitten by a pygmy slow loris at the zoo she works in. The patient only complained about an acute pain at the location where she was bitten. She did not go into anaphylactic shock (Kalimullah et al., 2008).

Reports of slow loris bites are rare in literature. However, based on these published reports, it seems that slow loris bites are not venomous (Kalimullah et al., 2008; Wilde, 1972). Due to the high degree of similarity between the brachial gland exudate of slow lorises and the Fel d 1 allergen in domestic cats, the anaphylactic shock expressed by victims is probably just a reaction to the exudate's allergen.

What is the function of the brachial gland exudate? 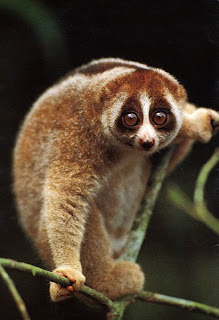 Hagey et al. (2007) posit that the brachial gland exudate is used as olfactory signalling to broadcast individual home range and territories. Most nocturnal primates rely on olfaction -- slow loris included. Since brachial gland exudates are not an immediate response to stress or pursuit, their function might be to deter predators, warn other slow lorises of danger or even both (Hagey et al., 2006).

Out of curiosity, and I'm not sure if you stumbled on this, but what is the definition for a toxin that is absorbed (like, via the skin as is the case per some frogs)?

Very, very interesting post! This is the kind of things that makes me aspire to be a better writer.

Thanks Ashlee. I think if toxin are absorbed into the skin, they are considered to be poisonous.

Very interesting! I'm fairly certain that most of the cats I know would prefer the idea that their allergens are defensive weapons, rather than just some sort of accidental incompatibility. I've never met a slow loris, so I couldn't guess as to their opinion. After this reading this post, I will definitely refrain from putting any slow lorii in my mouth, however. Thanks for the intriguing ideas!

Haha Alexandra. My cats said that their saliva works as intended. The lorises, however, are just riding the kitty's coat tail.

What a great page now
Cats scratch fever slow loris
brown recluse spiders do they or their bacteria produce their poisons?
The slow loris is part of a

webquest on poisonous or venomous animals In this teaching exercise this question is asked which if any animal produces its own toxins or do symbiotic microbes do it for them?
If you have the time
Enjoy

There's a new open access review article on the biochemistry and evolution of slow loris venom, published in the Journal of Venomous Animals and Toxins including Tropical Diseases - free to read/download/share:

Thanks Matt! I have been waiting to read this paper!

How true! Cats teeth are likewise, extremely sharp, acting like hypodermic needles injecting allergens as well as potentially harmful bacteria into the wound and causing extreme pain! I speak with "painful" experience, but love my felines none-the-less!

I read that it is illegal to have a slow loris as a pet in U.S.A. due to the poison. However it seems from what I read in this article that the slow loris poison would not effect you if you aren't allergic to cats. Am I correct? Because I have seen videos of slow loris as pets and I would lije to have one.

Hi Sister Jo. Keeping slow loris is illegal in the USA. Although the slow loris venom might not affect you, their bites are very painful and can cause serious health effects.

Having a slow loris as a pet is not a good idea and I strongly encourage you to not get one. Maybe a cat or a dog?

These are some great tools that i definitely use for SEO work. This is a great list to use in the future..
Dentist in Northeast Calgary

I can set up my new idea from this post. It gives in depth information. Thanks for this valuable information for all,.. http://www.lean-belly-3x-menopause-supplement-reviews.com/