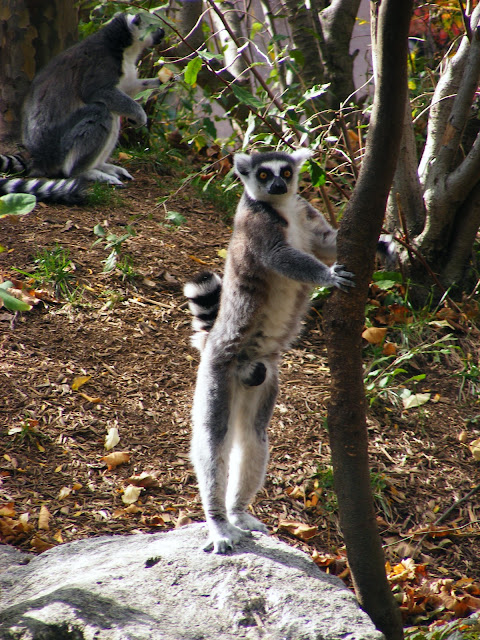 Wordless Wednesday are, well, meant to be "wordless" but I've gotten a lot of questions about my Wordless Wednesday post yesterday so I've decided to include more photos and write a little bit about these cute critters. 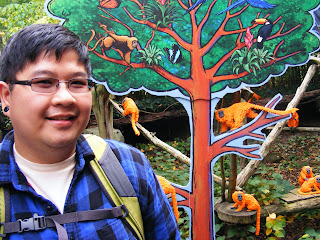 I was up in Philadelphia for the Halloween weekend and no trip to Philadelphia is complete without me going to The Philadelphia Zoo. While there, I managed to catch the Creatures of Habitat exhibit. The exhibits are made from LEGO bricks (OMG childhood memories) and my favorite were definitely the ones I've posted on my Wordless Wednesday post yesterday. 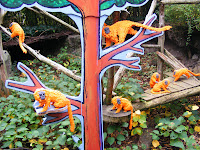 They are, of course, the Golden Lion Tamarins (Leonpithecus rosalia) but the folks that made them did have a sense of humor. If you actually read the signs posted by the exhibit, you'll realize that the Latin name for these critters are Legopithecus rosalia kenneyi. Hah! Legopithecus (Lego ape). Brilliant. Although, for argument sake, Golden Lion Tamarins are not apes but monkeys.
But why the kenneyi subspecies name? One of the artists that made these Lego sculptures is Sean Kenney, in which I would think where the subspecies name comes from (It's probably an Easter egg). I wonder what they plan to do with these sculptures when the exhibition is done. I'd love to get my fingers on one (maybe two). Here are more Lego Golden Lion Tamarin pictures from the Creatures of Habitat exhibit. Enjoy! 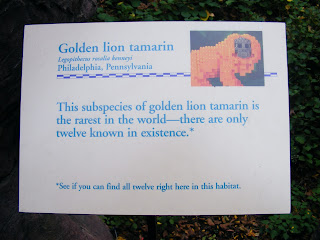 Only 12 individuals of this subspecies left! 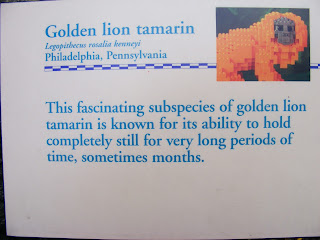 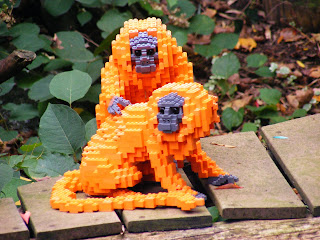 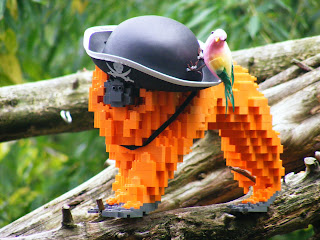 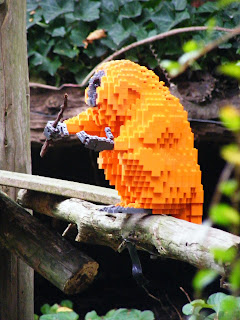 Golden Lion Tamarin using a tool (stick). Not sure they do though ...
Posted by Raymond Vagell at 9:07 PM No comments: 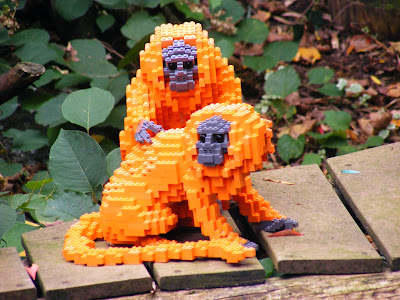