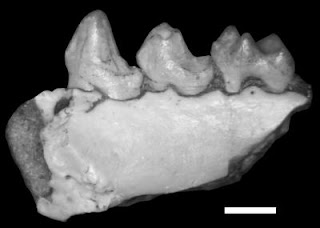 You can also read more about the discovery at EurekAlert: Anthropologist discovers new fossil primate species in West Texas.
Posted by Raymond Vagell at 11:55 PM 2 comments: