It's that time again! Welcome to another edition of Four Stone Hearth, hosted here at The Prancing Papio. Submissions for this edition poured in as early as two weeks ago so I wasn't worried about the lack of materials to cover. This is a good sign for Four Stone Hearth as it nears its 100th edition. A big thank you to Judith from Zenobia: Empress of the East for sending me blog posts that had missed her deadline a fortnight ago. I don't have to unleash my prancing baboons to fetch me articles this time! Without further ado, here's this edition of Four Stone Hearth. 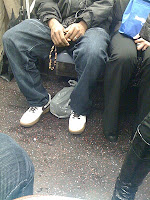 Krystal from Anthropology in Practice explores the idea of public spaces and what can be considered as social norms inside these public spaces in her post, Hail Marys on the Subway. Are public spaces really public? What are acceptable behaviors in these public spaces. Why do loud cellphone users receive different treatment than loud religious preachers on the subway? Why is the former met with disapproval while the latter is tolerated?

Krystal also wrote an in-depth three part series on the anthropology of coffee. She blogged about the manufacturing of coffee culture, the history of the coffee beans and the social place of coffee in our lives. Read about it at Manufacturing The Coffee Culture, A Trail of Coffee Beans and Driven By Coffee: Creating a Culture of Productivity. (Photo by Ballistic Coffee Boy on Flickr.) 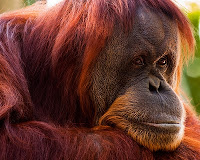 Over at A Primate of Modern Aspect, Zinjanthropus wrote about orangutans and their metabolic adaptation. Apparently, orangutans burn fewer calories than almost any animals that have been studied according to a recent PNAS study. The authors of the study suggest that orangutans might burn fewer calories as an ecological adaptation due to food scarcity, but Zinjanthropus thinks there might be alternative explanations. Read about it at Slow-burning Orangs. (Photo from DavidandBecky on Flickr.) 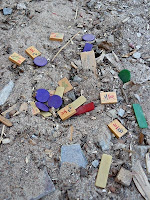 On Aardvarchaeology, Martin wrote about discarded mahjong tiles, soon-to-be artifacts, on a burnt and demolished house site in his post Future Archaeology of Gaming. What would archaeologists think of these tiles when they dig them up thousands of years from now? 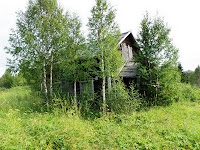 Magnus from Testimony of the Spade blogged about (almost) permanently abandoned buildings, aptly named Tomorrow’s historic remains. He encountered these buildings while he was out on archaeological surveys for ancient monuments and historic remains. It's interesting to see abandoned houses with belongings left behind. 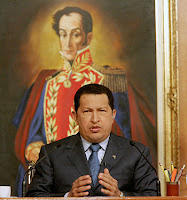 Recently, Hugo Chavez ordered the remains of Simón Bolivar to be exhumed in order to put an end to the speculation of Bolivar's death. Did Bolivar actually die from tuberculosis, or unintentional arsenic poisoning? While one ponders the real reason to Bolivar's death, one cannot resist to wonder if Chavez has an ulterior motive. Is this really all for science or is it really just a political move? Read about the post, Hugo Chavez and the Skeleton of Bolivar, by Bonn on his blog Time Travelling.

When put into perspective, games that children play prepare them for complex social skills when they grow up. This is the same in great apes. Eric blogs about great apes and the understanding of inequality in his post For Great Apes, Addressing Inequality is Child’s Play. (NOTE: Much like Superman's self-imposed exile, Eric is now guest blogging as part of his Primate Diaries in Exile blog tour. The above post can be found at David's blog, Neuron Culture.)

Read about the Amis culture from Taiwan, at Savage Minds. The post, Kapah (Young Men): Alternative Cultural Activism in Taiwan, is about an Amis artist, Suming, who is bringing his culture into the popular music market by combining Amis melodies with techno-trance, hip-hop, and Taiwanese folk music.


Here is one of the music videos by the Amis artist, Suming. The name of the song is "Kapah", which means "young men" in the Amis language. 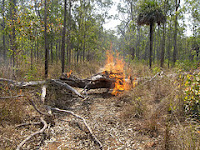 From his self-titled blog Mick Morrison, Mick wrote about similarities between recent approaches to the idea of heritage and notions of country by Indigenous Australians. His post, Heritage and the Aboriginal philosophy of country, questions what "heritage" and "country" mean to the Aboriginal.


Thank you to everyone who contributed to this issue of Four Stone Hearth. The next Four Stone Hearth will be hosted by A Very Remote Period Indeed on August 18th. Please send your submissions to Julien or Martin.

NOTE: Unless otherwise stated, photos are from blogs cited.
Posted by Raymond Vagell at 12:00 PM