Having Brothers Delays Menstruation and Sexual Activity in Sisters 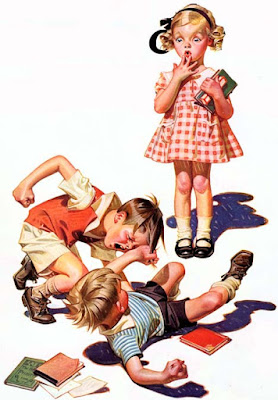 Hey girls, your brother will not only pull out your Barbie's head but he will also delay your sexual maturation as well ... allegedly. A interesting study by two behavioral ecologists (Milne & Judge, 2010) on contemporary western society of Australian adults found that:

It is thought that having boys in subsistence and preindustrial societies require more resources than girls, therefore imposing a constraint on lifetime reproductive success. Results from Milne & Judge (2010) were unusual for a society that has plenty of resources because it shows evidence that having brothers negatively affect their sister's sexual maturation. However, having brothers do not influence the reproductive fitness of their sisters. The authors posit that brothers in contemporary Australian are not associated with reproductive fitness due to their sisters having a long period of independence before child bearing. Dr. Judge said that she prefer not to speculate too much of the study as the study was very basic and straightforward. She emphasized that the delay in sexual maturation should not be interpreted as something negative. 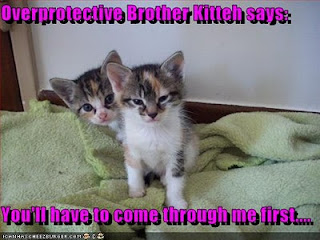 Possible reason why younger sisters are experiencing a delay in first sexual activity.
Important to note that the study interviewed only 273 (n) adults between the age of 18 - 75. Out of the total 197 are females and 76 are men. It would be interesting to see results of the study from a bigger sample size because the study essentially represents the western society of Australia (N) as a whole, so the sample size (n) should be bigger. I don't know off hand the population size of western society of Australia, but the Australian population is currently 22,434,156 (current as of August 24, 2010 from Australian Bureau of Statistics). So I would be interested to see if the trend holds up to a bigger sample size, where (n) is at least over 1000. Also, would sisters of twins (with younger twin brother or older twin brother) exhibit the same delay in sexual maturation as well?