Nonhuman Primate Handedness: Is there is a population-level preference? 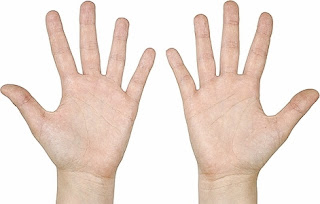 Humans are usually righties (right-handed), preferring to use their right hands for most manual tasks. Most, I said, because there are instances where reaching over with the closest hand would suffice. About 70% to 90% of the world population is right-handed. Then you have the lefties (left-handed) who basically are going to hell because they are the devil's minion (no, not really LOL!). Sprinkled among them are the ambidextrous, those that use their left and right hand with no preference. But is this true in nonhuman primates? Ever wonder if other primates have hand preference like we do? 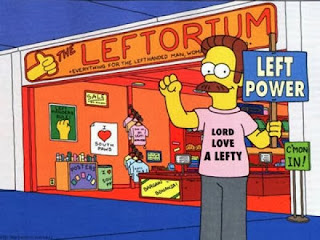 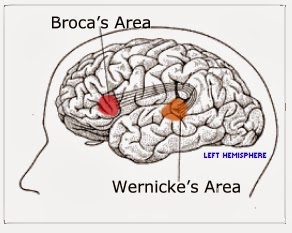 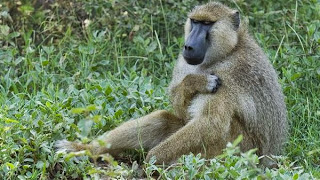 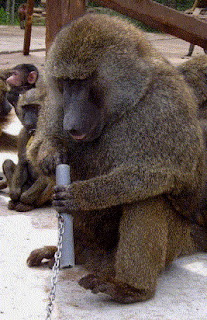 
BLOGGER'S NOTE: I will be presenting a poster on hamadryas baboon hand preference in gestural communications at the Midwest Primate Interest Group (MPIG) 2013. Please read my next post for a PDF version of the poster.

Hopkins, W.D. 1999. On the Other Hand: Statistical Issues in the Assessment and Interpretation of Hand Preference Data in Nonhuman Primates. International Journal of Primatology 20 (6).

McGrew W.C., & Marchant L.F. 1997. On the Other Hand: Current Issues in and Meta-Analysis of the Behavioral Laterality of Hand Function in Nonhuman Primates. Yearbook of Physical Anthropology 40:201–232.

Meguerditchian, A. & Vauclair, J. 2009. Contrast of hand preferences between communicative gestures and non-communicative actions in baboons: Implications for the origins of hemispheric specialization for language. Brain & Language 108 (2009) 167–174.

Posted by Raymond Vagell at 5:02 PM