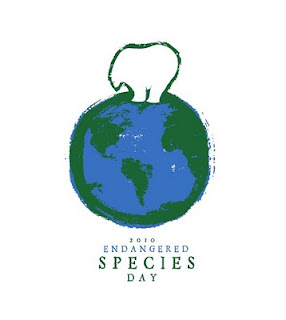 The IUCN Red List does a great job highlighting endangered animals and plants, one species every day on their Species of the Day project which I've blogged about. You can get involved by following them on Twitter (@speciesoftheday) or including a IUCN Red List: Species of the Day button on your website (click here for the code).

If you are a resident of New York City, please tell City Hall to STOP the budget cuts on the Bronx Zoo, the New York Aquarium and other NYC cultural institutions by signing a petition online. Budget cuts are imperative in an economy like this but proposing budget cuts on institutions that play a big role in conservation definitely sends the wrong message. We need these institutions to educate the public about conservation and to provide a place for them to see animals that they otherwise would not have a chance to see up close. As evident from last year's severe budget cut on the Bronx Zoo, some exhibits were closed and its resident sent packing to another zoo including the endangered Arabian Oryx. 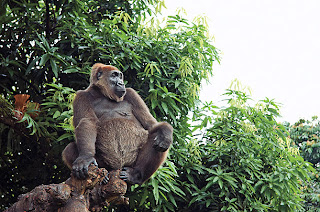 Here is a (current) list of the world's 25 most endangered primates, by region:

Primates in Peril: The World's 25 Most Endangered Primates (2008 - 2010) is a list compiled by the Primate Specialist Group of IUCN’s Species Survival Commission (SSC) and the International Primatological Society (IPS), in collaboration with Conservation International (CI).
Posted by Raymond Vagell at 5:56 PM

Email ThisBlogThis!Share to TwitterShare to FacebookShare to Pinterest
Labels: endangered