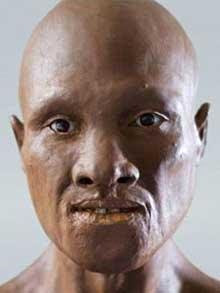 Richard Neave, a forensic artist used clay to reconstruct this individual for a BBC program about the origins of the human race and evolution.
Posted by Raymond Vagell at 7:26 PM