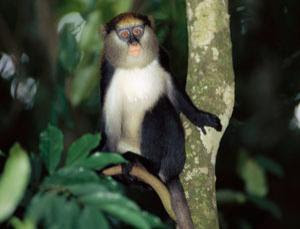 Read about the article, Attention to elders' voice in non-human primates on Biology Letters. Also, NewScientist has an article on this too, Respect for elders 'may be universal' in primates.

As some of you might remember, these are the monkeys that are said to understand primitive form of syntax.
Posted by Raymond Vagell at 5:39 AM

Email ThisBlogThis!Share to TwitterShare to FacebookShare to Pinterest
Labels: behavior